“When I go to work, I go to China”: Communication and Agency in Hospital Environments

Charlotte is an energetic 68-year-old recent retiree. The single mother lives in a beautiful old villa in the countryside in Germany through her Francophile heart beats for Paris where she worked for four years as a teacher in her early 20s. As an enthusiastic scholar eager for lifelong learning, she returned to University at the age of 38 where she graduated with a master’s degree in educational sciences and the psychology of old age. Charlotte knows the health system well, and the crisis people experience when they are being hospitalized. Specialized in non-violent communication, competence training for older adults and cognitive performance disorders, for almost three decades she has worked as a crisis interventionist at the geriatric wing of a hospital. Furthermore, at the age of 17, she got into a car accident that nearly paralyzed her and bound her to a hospital bed for one year. The year she spent in the clinic taught her the importance of solidarity and positive encouragement as well as about the difficulties of participating in one’s own treatment plans. “They always gave me pills I didn’t want to take. I told them, I will not take them, I do not want them, there is no need. But despite my insistence, they kept handing me the pills. And so, I gave them to my mother who took them home in her bag.”

Charlotte’s feet are still paralyzed and to this day she walks with the aid of a stick for better balance. Despite the hardship, Charlotte always believed in her abilities as a person and as a woman and even her handicap turned into a resource. Using a walking aid inspired confidence in patients who felt that she understands crisis and knows what she is talking about. However, while the visibility of her personal experience made her immediately approachable, it is primarily her way of speaking that made her trustworthy: “I don’t use a pathology-oriented language, but the rather resource-oriented language”.

Charlotte’s position as a mediator between hospital staff, patients and their families enables an unusual perspective on wellbeing and recovery in the health sector. Mindful of the power of words, she was often left frustrated with the way hospital staff communicate: “When I go to the hospital I go to China – they don’t understand me, and I don’t understand them.” Recalling her experiences, she describes the language used as warlike, technological or borrowed from the military, explaining “Nurses’ rooms are bases, and hospital beds are emplacements. People have medicines on board, and there is a glut of old people. It is all characterised by an attitude that I don’t think is conducive to a prosperous coexistence.” Furthermore, upon arrival, patients are regularly stigmatised and labelled in quick judgments. During the morning meetings, when staff discussed newly admitted inpatients, Charlotte remembers hearing sentences such as, ‘Watch out, the son is a colleague. They are the really difficult ones, they know everything better’ or ‘that’s a sweet granny’ or ‘daughter is a teacher’; but also ‘patient is aggressive’, or ‘we still have to tame them’. Such pejorative descriptions lack any value freedom and often position people in pigeonholes difficult to escape. Contrary to a humanistic approach to patient care, such language sticks like a verdict and prevents coequal communication and empowerment. “If you’re unlucky, you can keep that label for the entire inpatient stay. Stamped like that, how am I supposed to get better?”

Given the strict hierarchies and the pressure environment in hospitals, Charlotte sees a particular need to respect patients’ capacities for coequal communication, something often desired but seldom achieved. Difficulties specifically manifest when doctors want to change established treatment plans of newly arrived patients. When a patient resists a hospital’s suggested changes in medication intake that they had established with their GPs, they might already find themselves in a difficult situation: “if you continue this way, we will call your children, they can pick you up right away.” Threatened with a release in reaction to their stated noncompliance borders on emotional blackmail and, as Charlotte explains it, communicates top-down from the critical parent ego state. Working directly with patients and aware of the emergency situations they often find themselves in, Charlotte instead emphasizes a different position and highlights agency and equality. Rather than focusing on what is lacking, she looks for abilities and thresholds and makes use of the patient’s substance and means to regain strength.

“I look at the whole person and not just at the holes in the cheese. That is my metaphor. I see the substance that is there, otherwise, no hole can form. The doctors and the medical professions are more interested in how to plug the hole. And I rather observed what was going on around it, so that the hole might become smaller or more bearable.”

Always closely engaged and rarely diplomatic, Charlotte advocated for her patients almost like a lawyer. “I really respect human dignity. I have a very serving posture without buckling, that’s what I appreciate about myself.” Standing up for the ones disempowered by the system, other staff members sometimes adopted her suggestions and implemented change but often she felt as if she fought a fight against windmills. Wishing for thorough transformations in-hospital communication, Charlotte also stresses the need to address these issues on a political and systemic level to evoke change in an institution governed by strict hierarchies. 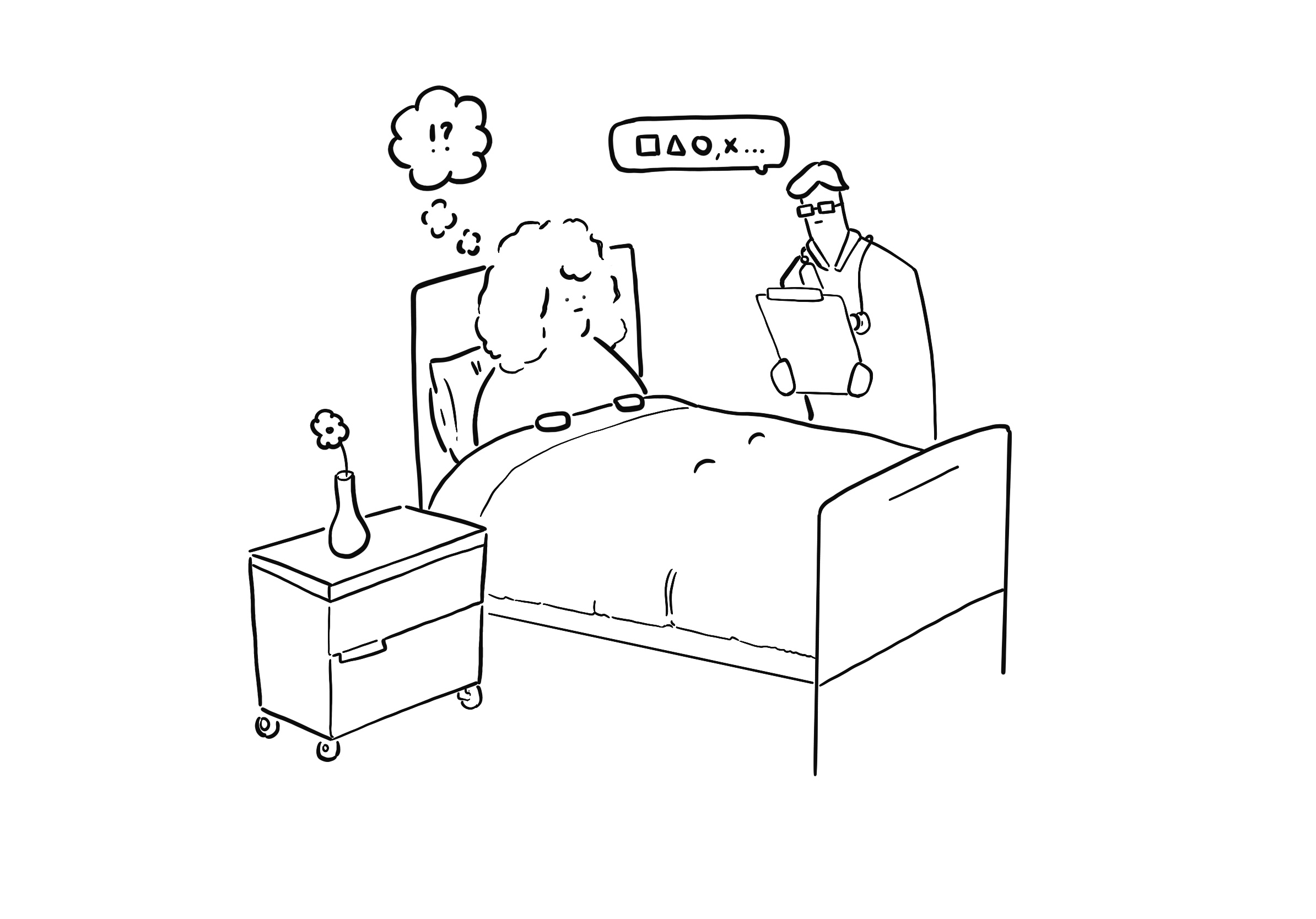 Making a Good Patient: The hidden tactics that unlock functional health and care
“YOUR NEEDS SHOW YOU WHERE TO GO”: NAVIGATING ACCESS TO HEALTH CARE