“Ageing is Not for Cowards”: Older Adults as Caregivers

When we think of caregivers, we often think of young paramedics helping older people walk, or paid 24-hour help, often women with migration backgrounds, who live with and look after older adults in their homes. What appears less before our eyes are images of older adults who themselves take care of spouses, parents or adult children in need of care, wash and feed them, put them to bed or struggle through the bureaucratic hurdles to receive care allowance or medical support. Equally, in the prevailing discourse, senior citizens are often depicted as the social burden of an aging population, dependent on institutional, family and medical support. Their central role as social and cultural actors, as volunteers, child minders and babysitters, community supporters and first responders in home care systems is little recognized and seldom appreciated. Yet, older adults in particular often play a key role and become the most important facilitator in processes in which others need help or lose their independence.

Dignity, Kindness and the Question of Time: Jutta’s story

The gymnastics teacher Jutta from Germany is such a woman. The 70-year-old humanist mother of four girls leads an active and joyful life with numerous roles and responsibilities. Growing up in Middle Franconia, Jutta studied pedagogy and then moved to southern Bavaria for her first post as a teacher, got married and had her first child. She continued to work in school until she became pregnant again and the family moved back to the countryside near Nuremberg, where few childcare facilities and a social philosophy that viewed women as housewives prevented her from carrying out gainful employment while raising her children. As a full-time mother, she decided to adopt her third daughter and gave birth to a fourth a few years later. However, full of ambitions in her wide area of interest, Jutta regularly assumed occasional jobs, often working in the evenings when her husband could look after the children.

After the reunification of Germany, the family of six moved to Dresden, where the girls continued their higher education and Jutta found alternating jobs as an adult educator and social worker. With her warm, open-hearted and engaging character, she quickly found friends even under these new circumstances and was soon well embedded in her neighborhood. Then Jutta’s parents also moved to Dresden and settled into a beautiful apartment with a garden.

A little later, Jutta’s life changed significantly. With the children now out of the house, she went through a difficult time divorcing her husband. Her over 80-year-old father became weaker and was increasingly dependent on outside help. At the same time, her mother suffered a stroke that left her paralysed on one side. With two parents now in need of care, Jutta took on the task of looking after the parents.

Responding to the new circumstances, she cut back on her paid employment and, over the next 13 years, spent every day in her parents’ home, helping her mother to wash herself, preparing breakfast and lunch, cleaning the flat, attending to her medical needs, and running errands. In the first few years, when her father was still alive, she also helped him shower and took care of his personal hygiene. “I think in the beginning it was difficult for my father. He comes from a generation where you never really showed yourself undressed to the children.”

Although Jutta and her mother were never particularly close, they now did everything together. With mutual respect and decency, they soon formed a tight-knit group known throughout the neighborhood, as they went on their daily walks to catch fresh air and keep the body active. “Everyone knew us. I was never alone. Wherever I went, I came as a double pack and, as long as my father was still alive, even as a pack of three.” Since the left side of her body was paralysed, her mother used a rollator to move around. But Dresden is badly designed for walking aids or those less stable on their feet, turning any excursion into a challange: “It was a disaster. Even with a walking aid, she could never go anywhere alone, there is no way to push the rollator through the holes in the floor, over the curb or along the cobblestone sidewalks.” And public transport, especially the trams with their high steps, is in Jutta’s experience entirely unusable. “Impossible, that just couldn’t be done. You always need a companion.”

Knowledgeable of anthroposophic medicine – a holistic approach to healing and wellbeing – Jutta worked for years in various social institutions and taught prospective geriatric nurses. There she was able to observe how nurses and trained caregivers deal with the physical needs of patients. This helped her when she became an informal caregiver herself, using her own body to help her aging parents get in or out of a chair, to help them up after a fall, or to assist with basic hygiene needs. But they didn’t have to do everything together: “There are these raised toilet seats, for example. As a result, my mother was more independent again and was able to go to the toilet on her own as she didn’t always plop down like that. Because it always saddened me to see that and how hard it was to come up again. The raised toilet seat has really helped a lot and has also preserved her dignity in this regard.”

With only a few aids, the two women managed everyday life mostly on their own. Additionally, twice a year someone from the nursing service came for advice and Jutta was in constant contact with her parents’ GPs. “I have a good feeling for the body, my own and that of others. When I took care of my parents, I did most of the work myself, although I always discussed things with the doctors.” Like the time when her mother fell and injured her head. Jutta took care of the bleeding, examined the wound, and called a doctor to discuss the problem. “I knew quickly that it was just a minor laceration, so I bandaged and patched the wound, and then it was fine.”

Jutta assured me that she had no problem with the physical aspects of caring. “I don’t mind that, it seems natural to me. For me, the real challenge was that I always felt unfree. I was always on alert and ready to jump on every call.” For years she was used to drop everything, hop on her bike and drive to her parents’ aid. And when the phone rang at ten o’clock in the evening, she was alarmed and worried. “A few years ago we bought a wristband with an alarm button, which my mother wore at all times and that was directly linked to a emergency alert service. That brought some relief.”

The daily responsibility for her parents also changed her role as a granny and made it difficult to spend time with the grandchildren. “They always had to come with me to my parents’ apartment. It was good for them because that way they got to know their great-grandparents well and therefore might have a different view of older people. But for me it wasn’t always easy to keep the balancing act between these small, active humans and two older rather immobile adults all in need of my attention.”

While the generational gap was an additional challenge, the proximity to children brought happiness and equillibrium to Jutta and made it possible not to lose herself in the task of caregiving. “I always looked for a counterpart to the oldies, something life-affirming, something new, something young. For many years now I have volunteered as a “godmother” in families that have just had a child. I spend time with them and support them. You know, kids run around, jump and sing and are curious about everything. That makes me happy, that’s how I regain the strength to keep going.”

The shared years with her mother and the chance to accompany her father until his last breath was also a positive experience. “I have seen that death and dying is nothing to be scared about and that in the best case, you just slide away. For me it was precious that I could experience it so directly. But I’ve also learned that aging is not for cowards, it’s a very difficult thing. Well, it affects me now myself.“

A few months ago, Jutta and her mother decided that it was no longer possible to continue with homecare and that it would be better for her to move to a dedicated care institution. The 95-year-old now lives in a retirement home close to Jutta’s sister, 500 kilometers from Dresden. “That was my condition. If she moved, I wanted her to move further away, close to where my sister lives. Because I wanted to leave behind this psychological burden, always to look after someone, the constant state of tension that I experienced for years. I wouldn’t have gained that freedom if she had stayed here in a nursing home. – You know, you don’t realise it at first, but after a while you are trapped and your whole life is only that. I knew it was time to change.”

After 13 years in which Jutta has adjusted her daily activities to the needs of her parents, she is now free to do what she wants: “This is my first time being a pensioner”. Knowing that her mother is well looked after in the retirement home, and with her sister established as the first point of contact, she now faces a time of adjustment and change. And so, while Jutta continues her position as a lay judge at the juvenile court, she also wants to travel, visit her daughters and spontaneously accept invitations from friends.

Like so many others in their 70s and 80s, Jutta has taken on different roles at different stages in her life. No longer a primary caregiver, she now starts the next phase, a phase of unknown freedom, new possibilities and opportunities. “What are you going to do now that you have so much time?” friends ask her regularly, often with an undertone of concern about how she will keep herself busy. Not sure about her next steps but excited for the future, Jutta puts on a smile and says: “I don’t know. But what’s so bad about having time?” 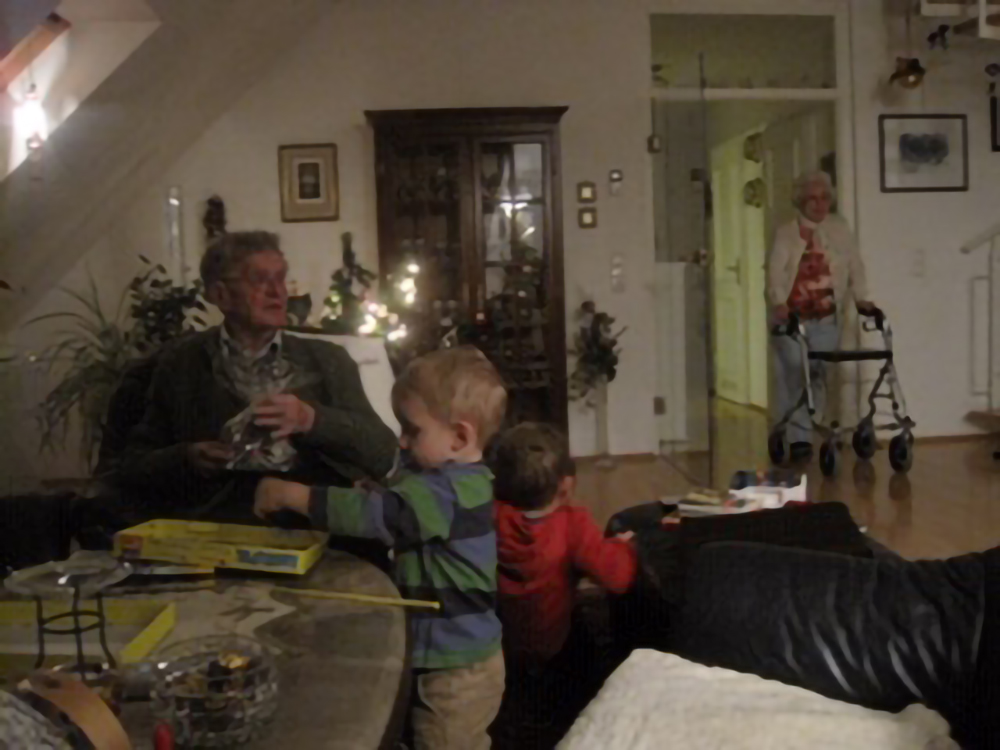 “And now I am scared”: Delay and Avoidance in Uncertain Times
Weighty Matters: Changing habits in Later Life